There’s something about a calendar that causes people to set goals.

In December, with the holidays on our minds and a new year afoot, millions of people vow to lose weight, save money or find the love of their life.

Clearly, as we start scratching out the 4 on our checks and replace it with the 5 in 2015, many people think, feel and act as if it is time for a new start; a fresh beginning.

With the simple change of a single day, hundreds of millions of people begin to look forward instead of behind…we feel renewed.

However, unless you are one year old, you’ve done this before.

Each year we set, work towards and fail at most of the goals we set.

Goals, when written down, have the power to change our lives. But most of that power is potential power only. The power in a written goal to lose 20 pounds, with a date and even the accountability of a personal trainer, will not result in the permanent change of health we seek without developing a new habit.

“If your goals are your destination, your habits are the fuel to get there.” -Doug Crowe

Instead of setting new goals (or rekindling old ones), try focusing on one or two habits that you want to change. Instead of focusing on losing or “releasing” those extra 20 pounds, focus on the new habit of walking 3 miles every day or eating less volume and increasing your raw vegetable intake.

Like brushing your teeth, once these fundamental habits become second nature, your goals will become achievements, instead of next year’s, “THIS is the year I’m going to….”

Marketing Fusion: Online Marketing With Offline Relationships
Comment0 | Share | Tweet | Share | +1 | print | email
Categories: Leadership, Lifestyle
Disclosure of Material Connection: Some of the links in the post above are “affiliate links.” This means if you click on the link and purchase the item, I will receive an affiliate commission. Regardless, I only recommend products or services I use personally and believe will add value to my readers. I am disclosing this in accordance with the Federal Trade Commission’s 16 CFR, Part 255: “Guides Concerning the Use of Endorsements and Testimonials in Advertising.” 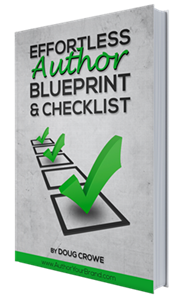